How the often overlooked project included instructions for remaking the world 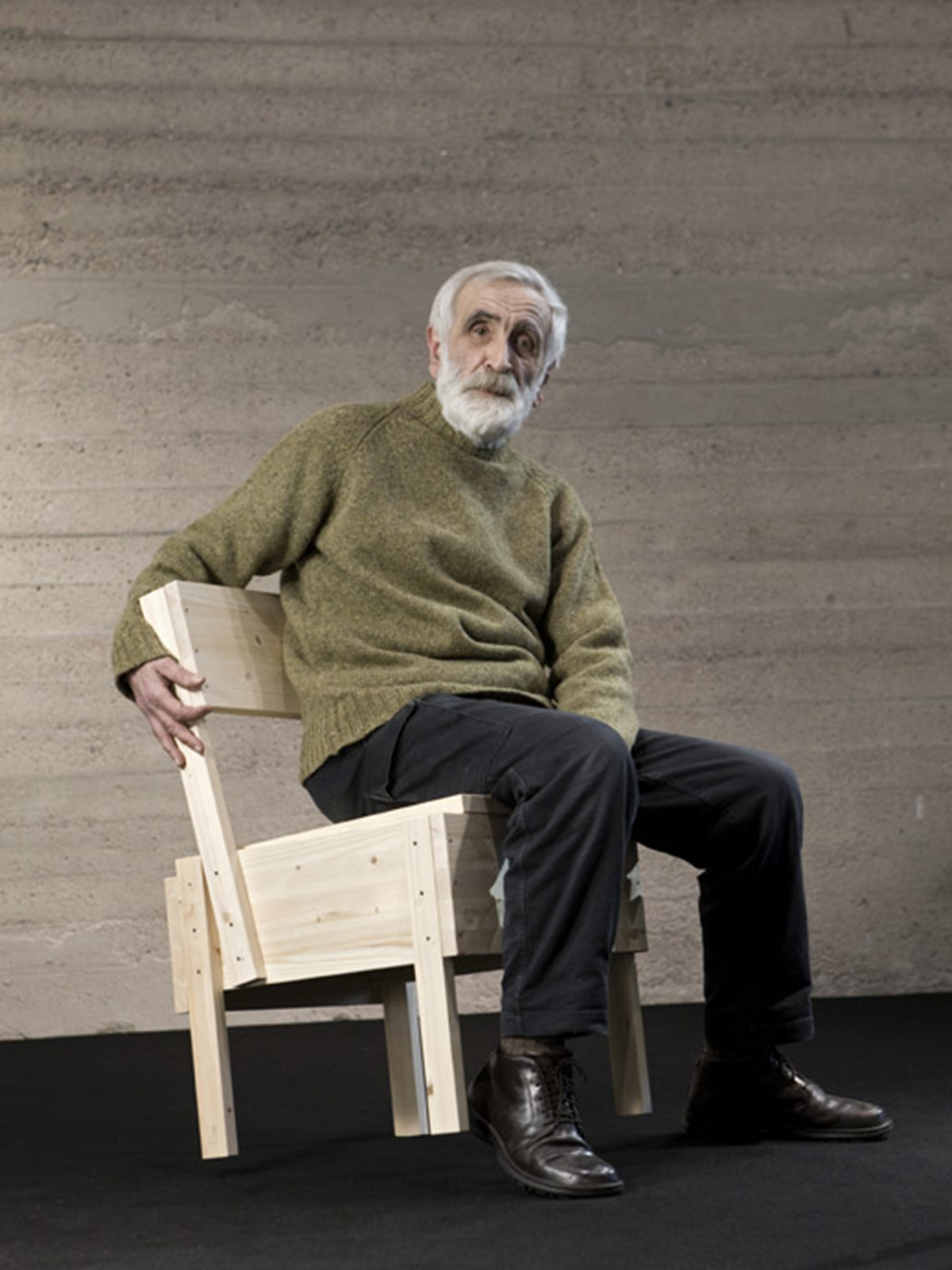 In our Reappraisals series, we will undertake to reconsider writers and artists whose reputations have undeservedly faded, never flourished in the first place, or sagged under the weight of undue attention. Last October, Enzo Mari, prolific Italian modernist designer, was given a major retrospective at the Triennale Milano Museum in Italy. He died two days later. Endlessly versatile and deeply influential, Mari, the acerbic, outspoken, lifelong communist devoted his career to infusing the everyday with poetic simplicity.

“How can one change the state of things?” This simple yet weighty question sums up the lifelong mission of the late Italian designer, Enzo Mari, whose sixty-year-long career was devoted to the investigation of design practice as a means to achieve societal transformation. Firmly critical of an increasingly consumerist and hyper-commodified culture, Mari always believed that the political task of the designer—far from being limited to the creation of new objects for the market—is to imagine radically alternative ways of living and producing to those prevailing under contemporary capitalism. Ones in which the basic needs of humanity would take first place and new, sustainable modes of engagement with our material world would become possible. An ambitious pursuit that resonates with the utopian ideals of the early Constructivist avant-garde, and that finds renewed urgency at a moment when society—in the throes of the Covid-19 pandemic—is coming to terms with the ills of a global economic order built on vicious cycles of accumulation and waste, profit-driven agendas, labor exploitation, environmental destruction, and outrageous levels of inequality.

The ethical conception of design as a vehicle for change permeates one of Mari’s best known projects, Autoprogettazione (which can be loosely translated as “Self-design”), first presented in 1974 in the form of an exhibition at Galleria Milano in Milan. Autoprogettazione consisted of a participatory exercise that saw Mari hand out a manual containing the detailed blueprints for several items of furniture—chairs, beds, tables, a wardrobe, a bench, and a bookcase—to anyone who requested one. Later, Mari would make the manual available by mail order for the cost of postage alone. A few wooden planks, a hammer, and some nails were all that was needed, thanks to the simplicity of Mari’s designs, which responded to strictly functional purposes such as solidity, practicality, easy repairability, and economy of means. The method of construction was based on the “archetypal and very simple technique” commonly used by joiners to build their work tools. This meant that only an elementary level of skill was required of the participants, and that the exercise was in principle open to everyone.

Autoprogettazione was conceived as a “practical-critical exercise” in raising awareness for the design process behind common consumer items. Each piece of furniture had an inherent “structural reasoning” which, argued Mari, served to highlight functional attributes over the provocations of form. Particularly in the design capital of Milan, a true “cult of the object” had taken hold throughout Italy during the post-war economic boom which vaulted industrially produced household items to the status of quasi-art pieces.

As a reaction to the ubiquitous alluring commodity, Autoprogettazione’s items of furniture stood as the prototypes for a new kind of object: honest and transparent, rather than false and mystified. An object in which all superfluous additions have been left out and every detail announces its function, stands as proof of the sincerity of the project. Mari’s self-evident description of one of Autoprogettazione’s tables is telling in this sense: “This leg is a leg, this latticework underneath is a strengthening beam, the small struts under the boards of the tabletop are there to prevent it from vibrating, the nail serves to link the boards together.”

Mari’s choice to embed pedagogical clarity into the very structure of his furniture is a powerful antidote to the obscurity of contemporary production processes (and, by extension, their products), which are usually conceived in such a way that the technologies, skills, supply chains and forms of labor converging in the realisation of most everyday objects remain largely invisible to the final users. This built-in impenetrability is further compounded by the distractions of marketing typical of today’s attention economy. Even the adoption of an apparently innocuous format such as the how-to manual—a staple of DIY culture and amateur craft—becomes a tool of empowerment against a system designed to ensure, says Mari, that “the number of ignorant people be the largest possible.”

Rather than being subordinate to the finished product, then, the process of making becomes absolutely relevant to Autoprogettazione: it offers the participant the opportunity to practise a “hands-on” way of thinking based on close involvement with materiality, and ultimately, to reclaim some degree of autonomy over the surrounding environment. Rather than adopting an IKEA-like prescriptive approach to DIY, Autoprogettazione expressly encourages its participants to experiment freely with techniques and materials either by introducing formal variations to the designs or by realising different items altogether. Playful tinkering of this sort is the way in which human beings, since time immemorial, have developed what curator Glenn Adamson calls “material intelligence,” namely, the ability to understand deeply and give shape to the material world around us. A faculty which relies not so much on rational thought as on trial-and-error experimentation, resourcefulness, curiosity, intuition, and skill.

The need to engage with our material reality is all the more pressing in the 21st century, due to capitalism’s relentless tendency towards de-skilling, hyper-specialization and mechanization. A process of abstraction further accelerated by the IT revolution, which has gradually eroded our ability to perform basic activities such as, says Mari, “evaluating, disassembling, reassembling, understanding, adapting, improving what we hold in the palm of a hand.” Autoprogettazione’s embrace of craftsmanship does not embody an all-out rejection of the tools of industry per se. Rather, it hints at a space of possibility within the current system where a “transformative,” unalienated model of production can be experienced and a durable relationship can form between the maker and the thing they made.

The deeper social message underpinning Mari’s project is the realization that the idea of well-being can be divorced from the capitalist myth of endless material expansion. It can be associated instead with the availability of fewer objects. Mari’s call for a simpler society, however, has nothing to do with the policies of austerity put forth by neoliberal agendas to justify the siphoning of vital resources away from the ninety-nine percent. Nor should it be read as a rejection of materialism altogether. Rather, Mari is inviting us to privilege objects that, like Autoprogettazione’s furniture, are not just “stupidly necessary” but embody “a model for a different society.” One where things are enjoyed as “convivial tools”—to borrow the expression coined by social theorist Ivan Illich in 1973. Objects, from this perspective, matter for their untapped ethical potential, and not just as inert entities to be possessed and quickly discarded.

Mari’s line of thought resonates strikingly with the radical theories of the early Constructivist avant-garde. As art historian Christina Kiaer argues, the idea of objects as catalysts for a better society was a constant theme among the Russian Constructivists. Much unlike the Western commodity fetish, the Constructivist object (exemplified, for Kiaer, by Tatlin’s stoves, pots and pans, Popova’s and Stepanova’s textile patterns and gender-defying clothes and Rodchenko’s design for the interior of his Worker’s Club) was assigned peculiar agency as a fellow “comrade” in the fight for a future socialist collective. Such an object did not only serve the needs of the community, but was considered a revolutionary in its own right: an “active and emotionally affective” participant of a composite assembly, where human beings and things alike enjoyed a new, shared subjectivity and interacted as equals.

By broadening the horizon of objecthood to encompass interpersonal relations, the Constructivists implied that a reformed attitude toward the material world is key to living harmoniously with fellow human beings. Things, seen in this way, can enable human contact in much more immediate and intense ways than language could ever do. The collaborative exchanges brought into being by Autoprogettazione are proof of this. In devising his proposal, Mari sought to establish a non-hierarchical alliance between the designer—who gives away the instructions to anyone who wants to make use of them (with the notable exception of businesses that would exploit the designs for profit)—and the user, who responds by generously offering their time and skills and by sharing in turn the results of their work. This form of co-creation, based on the free sharing of knowledge, was aimed at generating a virtuous cycle of responsible habits which, like “a stubborn cobweb thread,” would bind more and more individuals together into a newly engaged collectivity.

Unsurprisingly, Mari’s ambitious proposition failed to make inroads into a society bewitched by consumerism, as was shown by the ambivalent initial response to Autoprogettazione, whose true spirit, complained Mari, had been fully grasped by only about one percent of the audience. As Mari recalled, most people who got in touch with him were either looking for cheap ways to furnish their rented flats or were merely interested in the aesthetics of the furniture. (Many commented enthusiastically on the “rustic” appeal of the pieces, which would perfectly suit their mountain cabins.)

And yet, almost half a century later, and in the midst of a crisis which is shaking the foundations of consumer capitalism like never before, the consciousness-raising potential of Autoprogettazione seems more timely than ever. Consider the newfound popularity of progressive concepts once relegated to the fringes of cultural debates such as: degrowth, recession design, or circular economy. Similarly, the craft-based, open-source and cooperative approach to design which animates Autoprogettazione can be detected in today’s widespread resurgence of maker culture. Personal manufacturing is increasingly being turned into a tool of political resistance, aimed at creating alternative means of production with the aid of digital technologies such as 3D printing. During the pandemic, a significant number of avant-garde design practitioners and makers have self-produced protective equipment for their communities (such as masks, shields, or even ventilators) and eagerly shared their know-how online. This global effort shows that, consistent with Mari’s belief, genuine design is concerned with the “substance” of human problems, as opposed to mere appearance.

Ultimately, Autoprogettazione conveys utopia not as a vision of the future to be brought about by design (a goal that, for Mari, is unachievable and whose pursuit “generates death”) but as a novel way of doing things to be put in practice in the here and now. Utopia is not a place, says Mari, but an “ethical handrail” we can hold on to “in the labyrinth of contradictions and of compromises of this world.” “By making a chair” and using the “right nail” in doing so, for example, “you can communicate a set of values” to be realized in daily life, such as responsibility, awareness, care, agency, and manual skill. Mari’s empowering message is that the state of things is already changed at the very moment we start changing our collective mindsets and habits: “the better world” is not a distant “heaven on Earth” but is the “battle that is being fought.” Only in this way can the unfulfilled project of social transformation dreamed by the avant-gardes be turned into a practical program in the present. Now that the cracks in the empire’s wall are there for everyone to see, Autoprogettazione serves above all as a reminder that the task of remaking the world is within everyone’s ability and is more urgent than ever. It is up to us to start reaching for our toolboxes.

Francesco Milan graduated from UCL with an MA in History of Art in 2018. He lives and works in Milan. 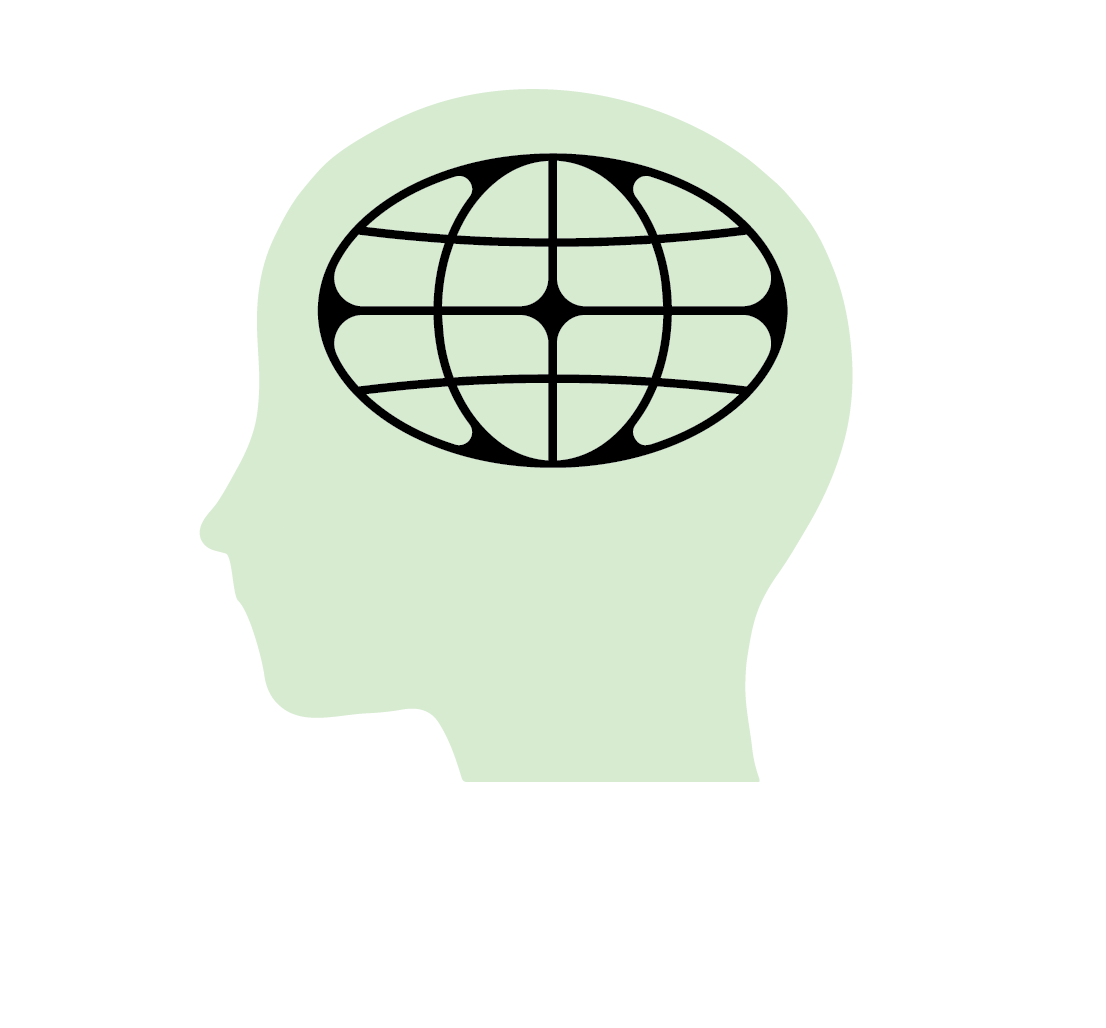 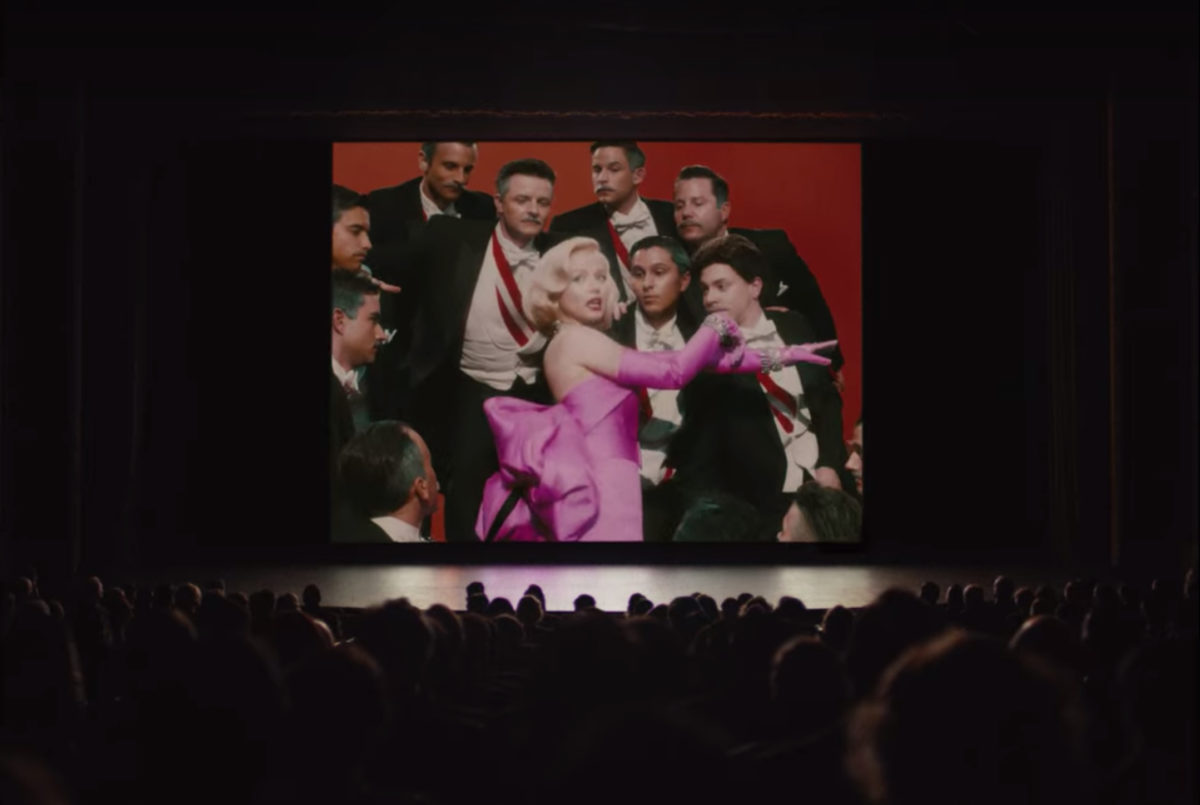 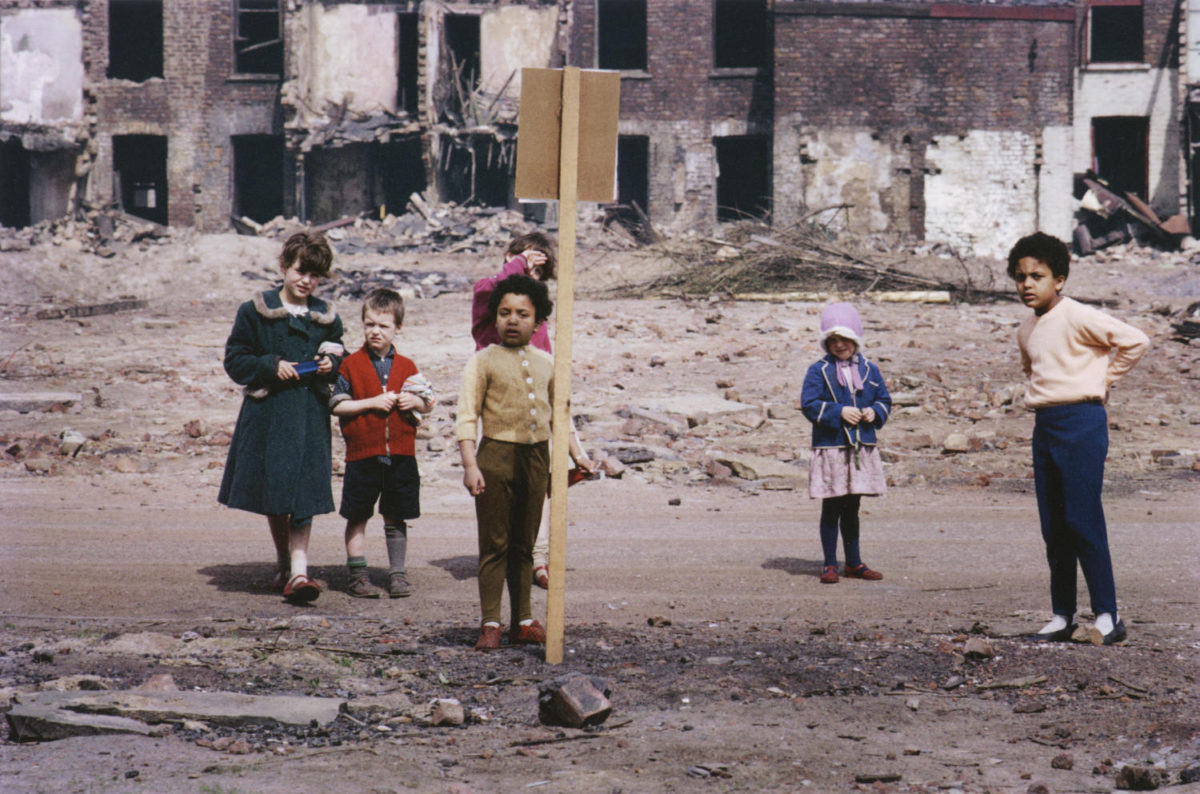 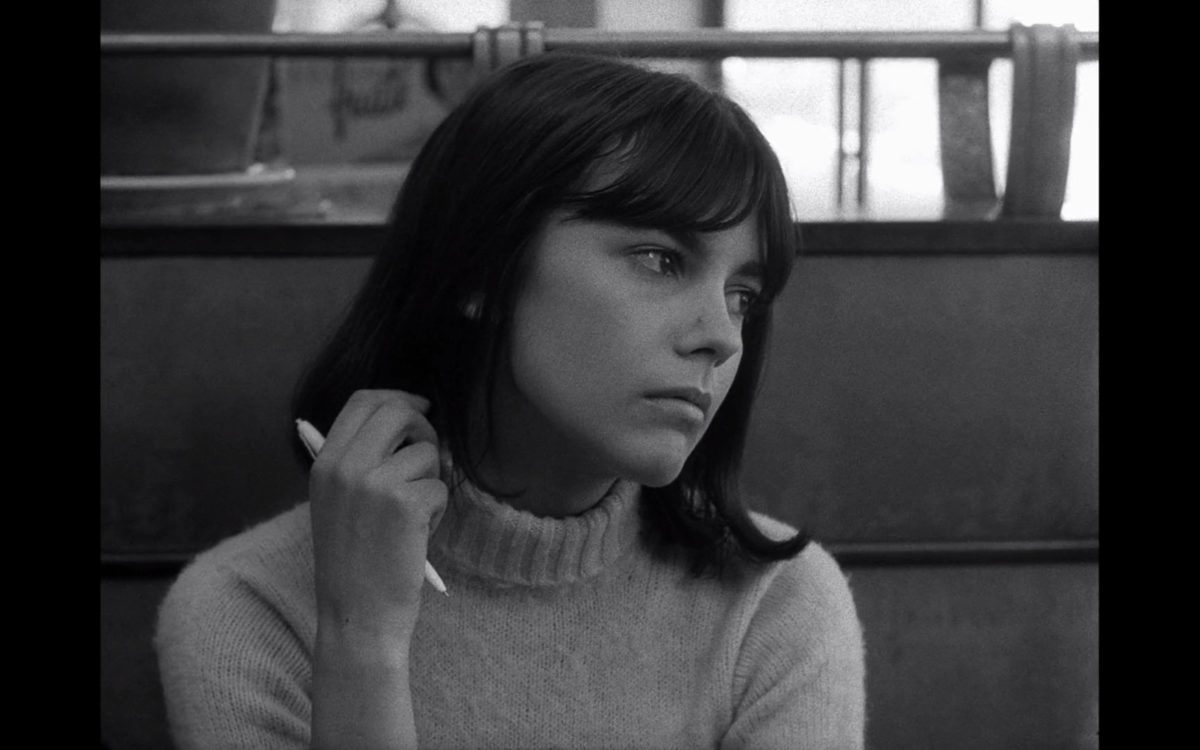