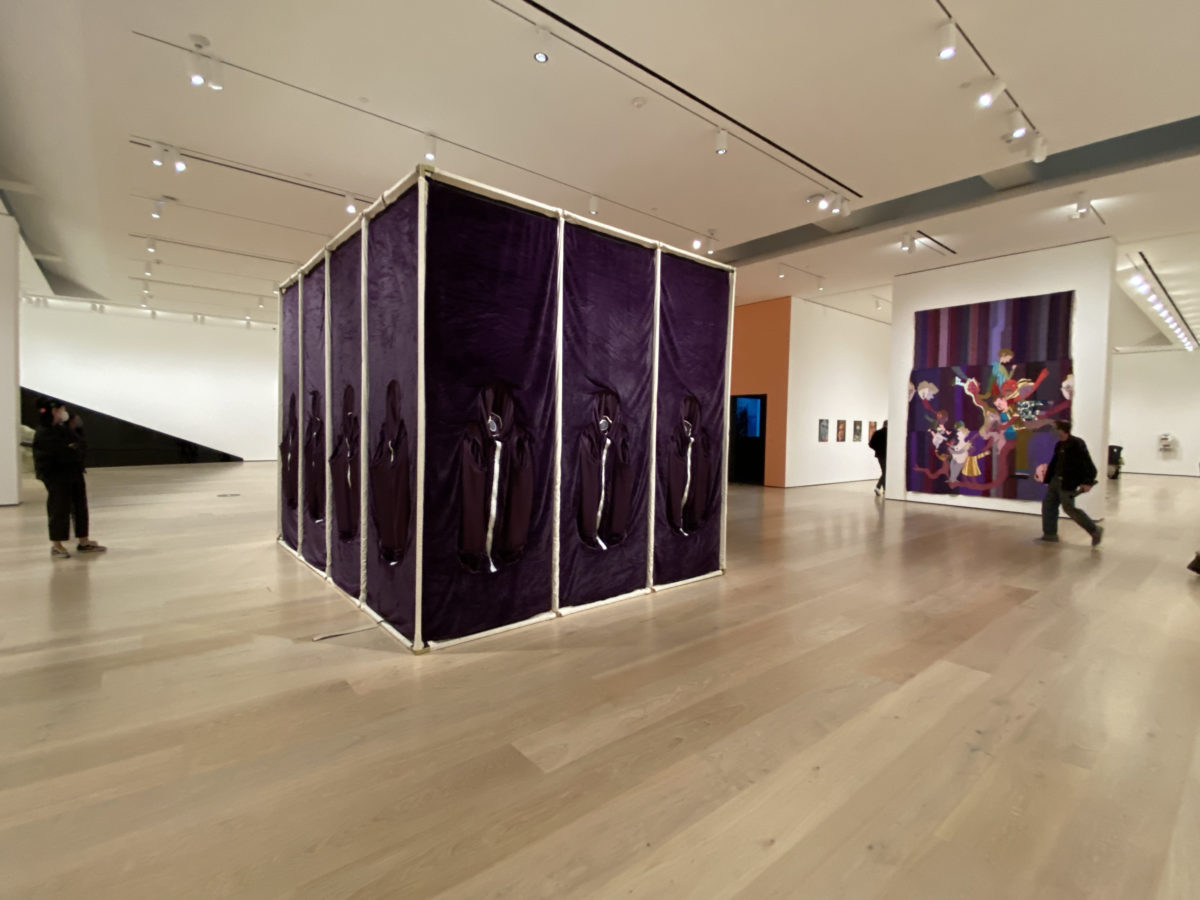 It’s a bold decision when an institution decides to curate a show that spans the width of a city. This is especially the case when the city is Los Angeles, where West and East are separated not only by hours’ worth of traffic but also by varying histories and mindsets. In 1995’s cult classic Clueless, Paul Rudd’s character famously called out Alicia Silverstone’s ‘90s persona for getting upset at being mistaken for “living below Sunset.” West Angelenos are more likely to hop the border than drive east of La Brea.

Perhaps this was the motivation behind the Hammer Museum’s decision to exhibit the same artists (except for one) shown at Made in L.A.: A Version at its Westwood location and at the Huntington Library in San Marino. With this fifth iteration of the biennial, the Hammer set a new precedent by showing across two institutions. We get not a singular “version” as the title suggests, but two. (Insider tip: if you visit the Hammer first, you get free entry to the far pricier Huntington Galleries.)

The Hammer gave each artist free reign when selecting work for its two iterations. Unhappily, the result is a nagging sense of déjà vu as many artists chose to display only a particular (read familiar) facet of their work. Or in the case of Mathias Poledna’s film, Indifference (2018), the same six-minute narrative that follows an early twentieth-century Austrian officer’s idle perambulations through imperialist Parisian courtyards is projected in both spaces. Add to that having to wait double the film’s length (as a result of capacity restrictions) only to learn you had already seen it.

Postponement is a common theme for the Huntington spaces. At the Boone gallery, for instance, entry was delayed for close to twenty minutes, the wait only somewhat eased by the fact that we were queuing in the Huntington’s superb gardens. Much of the experience at both venues consisted of being corralled into and out of rooms as others emptied.

The rhetoric around the biennial also conveys delay, where Covid-19 restrictions meant the show was postponed a full year. Many of the pieces and accompanying explanatory texts seem to be excusing the inability to show the work as fully intended. The inclusion of “a version” in the title even seems like a preemptive attempt to make amends for any shortcomings. In deader than dead (2020) by Ligia Lewis, a heavily trampled yellow pad is the only indication of an intended performance. While a video of the work can be viewed on the Hammer’s website, it does make you wonder: at what point should the Hammer have decided this display was impossible?

The inability to experience a work fully is also evident in Nicola L.’s La Chambre en Fourrure, (“The Fur Room”) (1969/2020) which intended for visitors to insert themselves into a violet, acrylic fur structure. In this case, seeing is vastly different from experiencing. Six of the late artist’s sack-like suits, first conceived in the 1960s, entitled, Pénétrables, are also displayed at the Huntington. Nicola L. is a peculiar addition since the artist only lived in the city for eighteen months before she died in 2019, having spent the majority of her expansive career in New York City. It is a curatorial stretch to suggest that art first conceived in 1960s New York is representative of current work being made in Los Angeles.

Despite our inability to engage with them, Nicola L.’s works stand out. Several other works, however, seemed to fight for attention. For instance, the Boone gallery’s cacophony of competing videos at the Huntington meant viewing any work was muddied by adjacent audio. And when works weren’t vying for attention, there was little dialogue between artists. This exemplifies the curation of the biennial where artist’s practices were paraded individually rather than brought together thematically.

Described by one of the curators as a sort of “haunted house,” Sabrina Tarasoff’s Beyond Baroque is an ode to the historic Venice literary arts center and experimental venue, an acute reflection on Los Angeles’s experimental literary scene told via memorabilia and, as such, entirely fitting for an exhibition “made” in LA. Exclusive to the Huntington, Beyond Baroque is like an amusement park ride through the center’s history, told with concert ticket stubs and other ephemera related to the poetry workshops held there in the 1980s. It’s a story that deserves telling and to see it displayed in the more traditional Huntington space is one of the show’s most promising inclusions.

Another Los Angeles tale is unearthed in Monica Majoli’s archival display of the early gay lifestyle magazine Blueboy, and its relation to the recently restored Thomas Gainsborough painting of the same title, a prized jewel of the Huntington collection. The magazine’s inaugural cover was a spinoff of the original work. In the publication’s parody, our now brawny model draws back the knee breeches of his eighteenth-century attire to reveal muscular thighs. This institutional self-reflection corresponds with the layout of the exhibition, which seems to entwine itself around the collection, allowing visitors to float between the contemporary and more historical works.

Made in L.A.’s self-assigned objective, “what art can actually do in the face of a global catastrophe and crushing structural inequity,” is left, unsurprisingly, unfulfilled. Without the space or the desire to dig too deeply into such an amorphous question, it is perhaps more useful to discuss the potential future of Made in L.A now that it has expanded to other institutions.While these double exhibitions present a somewhat jumbled representation of the Los Angeles art scene over the last two years, the hodgepodge curation is nothing new. In fact it’s really only a continuation of the uninspired curation of previous Made in L.A.’s. At the moment, the program comes across like an undergraduate degree show—magpie-like and without much in the way of a continuous narrative. Let’s hope that its expansion to the Huntington may suggest a new life for the biennial in coming years.

Daisy Silver is a Ph.D candidate in the Department of History of Art at University College London. She lives in Los Angeles, California. 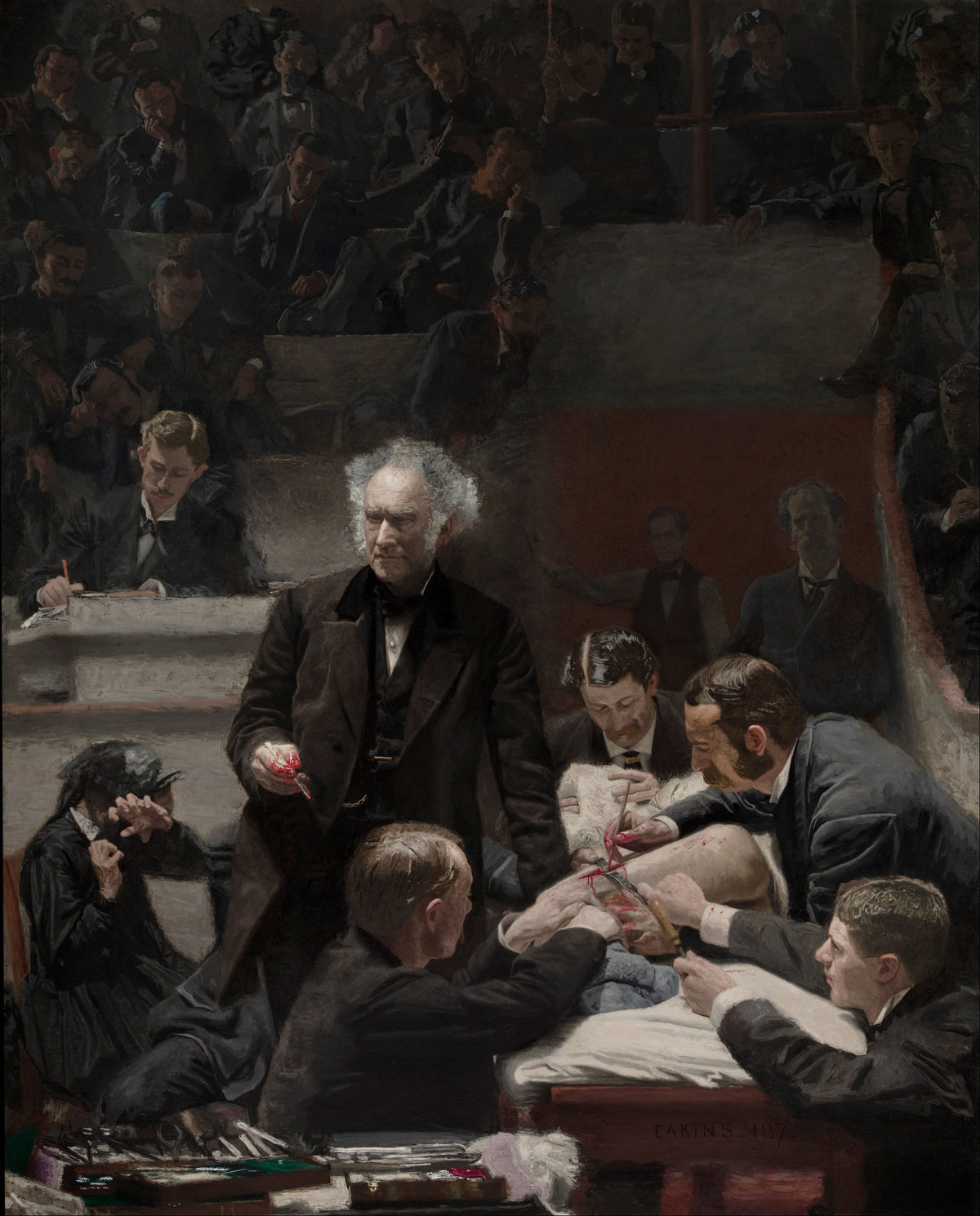 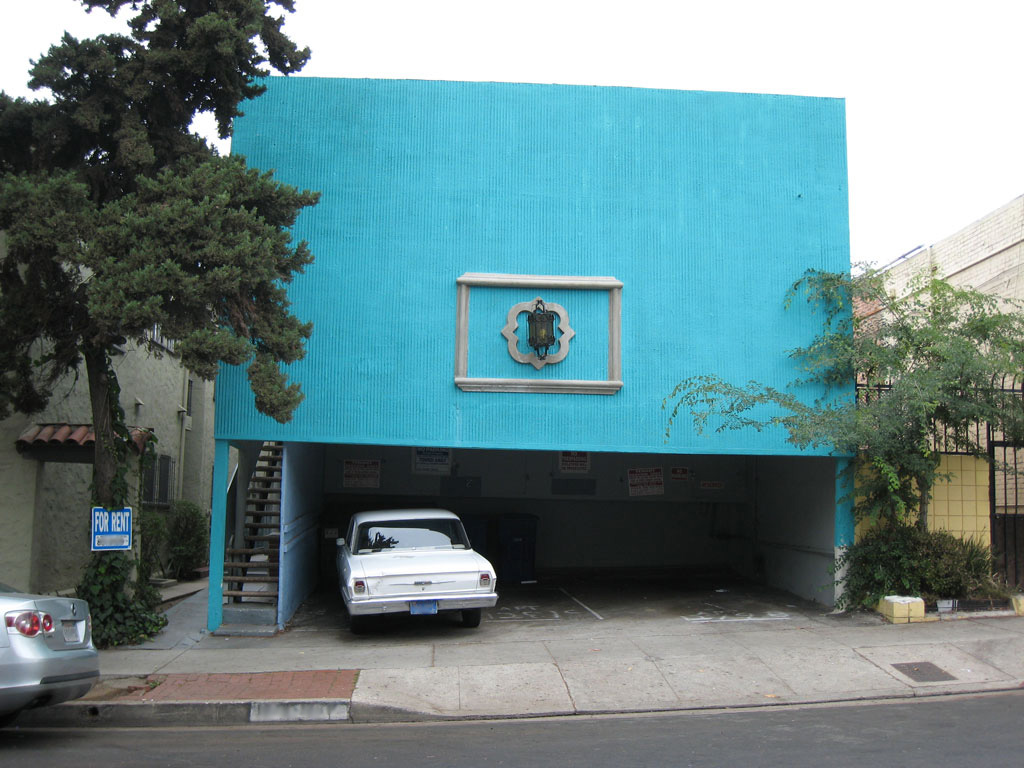